NAMI-CAN is the National Alliance on Mental Illness Child & Adolescent Network. It provides support for parents and caregivers of children and adolescents under age 21 with behavioral, emotional and mental health concerns. They offer free, confidential, support groups. Please see the attached flyer for more information.

Thank you to the Ridgefield Press for writing about our Kindness Mural:

Ridgefield to create “Kindness Mural” to promote tolerance and inclusion 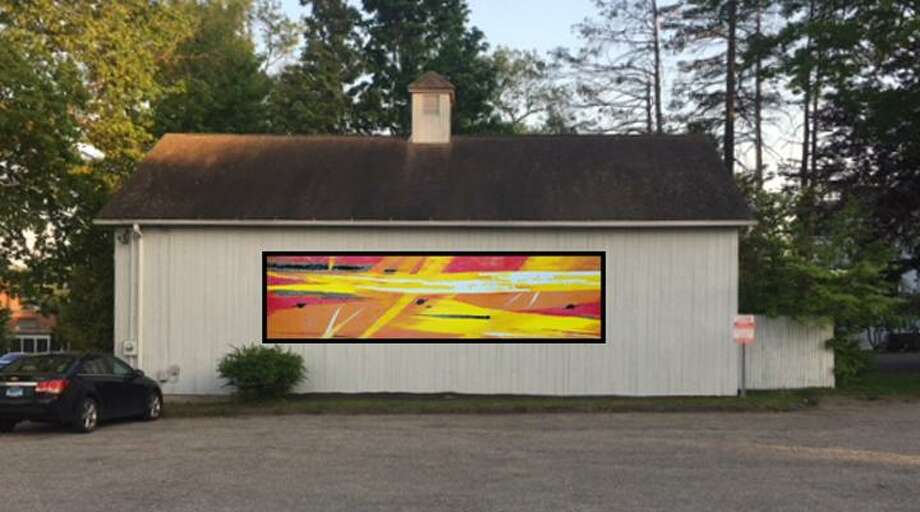 Photo: Contributed Photo / Hearst Connecticut Media
A rendering of the Kindness Mural that will be put on the side of the Barn Teen Center next month. Artists Joanne and Bruce Hunter designed the mural for a project led by the Ridgefield Youth Commission.

RIDGEFIELD — During the first week of March, hundreds of volunteers will place quarter-inch porcelain tiles onto the side of The Barn Teen Center, transforming the now-empty wall into a colorful piece of art.

When it is done, organizers hope the 90-square-foot abstract design, named the “Kindness Mural,” will serve as a visual reminder of inclusion and tolerance.

The project, led by the Ridgefield Youth Commission, was prompted by anti-Semitic and racist graffiti that appeared around town over the last year, including at the high school.

Commission member and Ridgefield High School student Shane Bowler said the group started thinking of how to encourage kindness in the wake of the hateful messages.

“Everyone was kind of disgusted at the idea of that going on at school and in the community at all,” Bowler said. “We were trying to come up with ways to bring the good out of people instead of focusing on the bad of a select few, which wasn’t the image of the town we all knew was there.”

Around the same time, a member of the Ridgefield Chorale asked whether the commission would help with its “Be Human, Be Kind” initiative, an anti-bullying campaign inspired by the Tyler Clementi Foundation. The foundation was created by Clementi family after the 18-year-old Rutgers University student committed suicide in 2010 because of cyber-bullying.

The commission decided that creating a mural could help in both efforts.

Members reached out to artists Joann and Bruce Hunter, who own the Art Spot in Danbury. The artists led a series of focus groups with commission members and other residents before deciding on the final abstract piece.

Qualey said the group agreed that the final design should not include words, so that the interpretation would be left up to the viewer. The only explanation will be a sign that accompanies the mural with its name.

Joann Hunter said although the design does not represent anything in particular, the colors and the composition of the piece will help relay its message. The artists purposefully chose yellows, oranges and reds to make up most of the mural.

“A cool color will allow you to feel some distance from the art, but these warm colors draw you in,” she said. “It’s not something you can look at and glance away.”

But the strongest message of kindness might be in how the mural is created, Hunter said.

Qualey said volunteers will include students, the town’s selectmen, business owners, nonprofit leaders and members of Ridgefield Sunrise Cottage, a community for the disabled.

“The whole point of the collaboration of this make it a kindness experience,” Hunter said. “There will be people there that don’t know each other and may not have met otherwise that will be working side by side.”

The mural will be paid for through about $10,000 in private donations the Youth Commission has collected online and through fundraising events, Qualey said. The group is still collecting online through a CrowdRise page.

Qualey said the donations — along with the support of the Board of Selectman, the Boys and Girls Club and Historical Society — have represented the message of the mural in their own way.

“It is amazing and so heartwarming to see and hear the reaction of people when we talk about his mural,” she said. “I’ve been blown away by the support and kindness.”

Hunter said in her experience, mosaic murals become a permanent part of the community because people feel ownership over something they helped make. She and her husband, both Pratt Institute grads, have been designing murals for about 20 years, she said.

Bowler said he and many other students from the high school are excited to help put the “Kindness Mural” together.

“As students we can be a part of this piece of Ridgefield history,” he said. “Years from now we can come back and look at it and say, ‘We were really working hard to bring kindness into the world.’”

February’s Meeting Moved to February 8 at the BGCR

Due to today’s snow day, we have moved our monthly meeting to Thursday, February 8. We will meet at the Boys and Girls Club of Ridgefield (instead of The Barn) at 7:00pm. There we will discuss the logistics of our Kindness Mural, which should go up in the spring!